Home Activists On the Ground Lyra McKee, Shot Dead In Derry, Reported on the Uncomfortable I had the honor of receiving an Izzy Award this year, named after dissident journalist I.F. Stone. Presented by the Park Center for Independent Media, the ceremony had me thinking about Stone and journalism and that wooly word “independence.”

And that’s just what I was doing when I heard about Lyra McKee, a brilliant young journalist shot dead at 29 in Derry, Northern Ireland on Good Friday.

Stone, after all, was famous for being undeterred. When blacklisted, he created his own newsletter, I.F. Stone’s Weekly, which campaigned against McCarthyism and white supremacy. McKee it seems, was similarly undeterred. Born female, lesbian, and working class in Northern Ireland in the wake of a peace accord that had never fully delivered, she took on the stories that dug into how troubled life for people like her remained.

In her first year of university, McKee reported on children who’d gone missing. In 2014, McKee’s piece about growing up gay in Belfast went viral and was subsequently turned into a short film.

In 2016, she was named one of Forbes 30 under 30 in media in Europe. She published all over—in The Independent and The Atlantic as well as numerous newspapers and magazines in Northern Ireland. But still, she reported, she faced editors who doubted her experience and feared anything controversial and an industry that paid a pittance or never paid.

Undeterred, McKee turned to crowdsourcing to fund an investigation into the unsolved murder of a local politician.

This past Friday, she was shot reporting from Derry on violence many people in power wished would simply go away.

“We are all poorer for the loss of Lyra,” said Sarah Canning, her lover, at the vigil. It’s true. 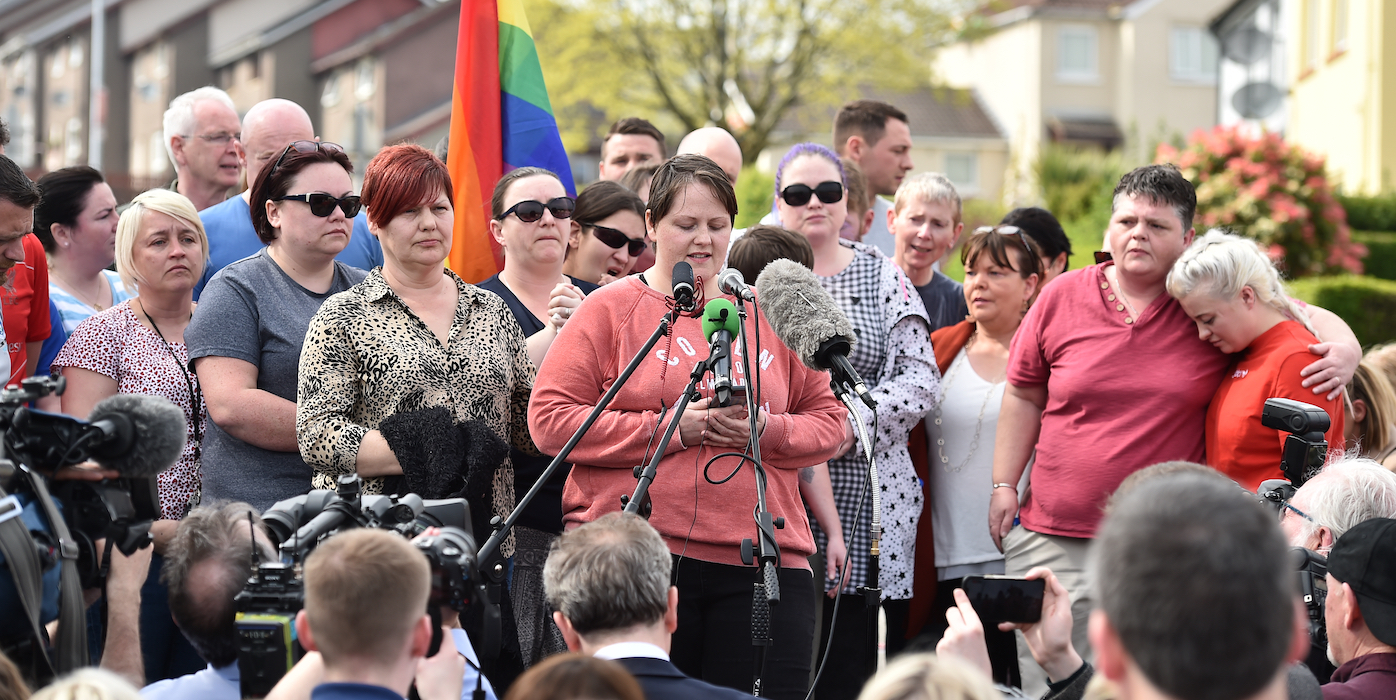 What McKee and Stone epitomize is what’s wrong with that word independence. There’s really no such thing—only choices about whom you’re dependent on. These days, establishment journalists spend inordinate amounts of time bemoaning their own welfare and the state of their beleaguered industry, but it has rarely been journalism, fed and watered by the establishment that’s never asked anything uncomfortable. And McKee called for us to have uncomfortable conversations.

“If I pitched a story to an editor about paramilitaries, it immediately got picked up. Anything concerning Northern Ireland’s government was usually shafted in favor of a press release from the government department in question,” McKee blogged online at Muckraker.

McKee died Friday on the 21st anniversary of the Easter Accord, reporting on the very frustration and violence that many in power chose to ignore. With help from her peers and her readers and those who believed in her mission, she died as she lived, sounding an alarm. We’ll see if it is heard.